Akimbo – it’s not a phrase you often come across.  I was introduced to it in 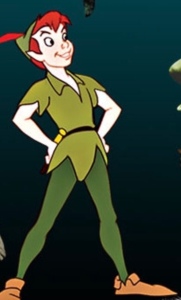 Peter Pan.  It’s used to describe the way the characters stands – arms akimbo.  It describes the action of standing with your hands on your hips with the elbows splayed outwards.

I was provided with a nice illustration of the pose a few weekends ago (it may well have been because the people involved were wishing they had never grown up, like Peter Pan!)

I was watching  a Scottish Touch Competition.  As training for the Under 18 Scottish touch rugby team they are taken to these competitions to play against adult teams.  You can maybe imagine the emotion of these middle aged players when they come face to face with the national youth team on the field.

This was the view I was provided with half way through the game.

You can see three players with arms akimbo and a fourth player with their hands on their knees.

But why do we adopt this position when we are tired?

This is the body taking control and making it easier for us to breathe.  But how does this work?

It comes down to the action of breathing and kinetic chains.

We have a number of muscles that connect our arms to our body.  These are usually used for moving our arms around.  The pectoralis major and minor, the serratus anterior and the latissimus dorsi all connect our arms to parts of our thoracic cavity.  The end of the muscle connected to the ribs is usually held in place while the muscle contracts to move our upper limbs about. Our arms are free to move around, they are the end of an open chain.

When the body needs more air it makes us close that kinetic chain.  You put your hands on your knees, your hips or behind your head.  You close the chain by fixing your arms.

Now when those muscles contract the arms can’t move and so the other end of the muscle moves.  It pulls on the ribs and it aids with the expansion of the rib cage so that you can get more air into your body and recover.  These muscles are known as the accessory muscles of respiration.

Arms akimbo might be part of the power pose, you’re getting in more oxygen so that you can make you move but in a physical situation like this  it sends a message to your opponents that you are tired.